The scientific origin of the IEO goes back to the end of the 19th century, with the conviction of several civilian and military naturalists of the need to study the marine biology of our coasts, following the original model of the internationalized Zoological Station of Naples. In that group of naturalists, Augusto González de Linares and José Rioja stood out, who were the first directors of the "Maritime Station of Zoology and Experimental Botany" of Santander, founded

in 1886 (it would happen to depend scientifically on the National Museum of Natural Sciences in 1901, under the direction of Ignacio Bolívar). However, the oceanographic studies were led by university professor Odón de Buen in the Coastal Laboratories of Mallorca and Málaga (created respectively in 1906 and 1911), following the scientific guidelines standardized by the Institute-Oceanographic Museum of Monaco, where their children Rafael and Fernando were the first young Spaniards to specialize in the different fields of nascent oceanography (physical, chemical and biological aspects).

The Spanish Institute of Oceanography (IEO) is a pioneer in Spain and one of the first organisms in the world that began to dedicate itself entirely to the research of the sea and its resources. It was created by Dr. Odón de Buen in 1914 (Royal Decree of April 17), as a result of the integration in the same body of the aforementioned Marine Biology Laboratories of Santander, Mallorca and Malaga. Subsequently, the headquarters of the IEO in Madrid (Calle Fomento No. 7) would be created and the newly created Laboratories foreseen in its founding decree would be integrated into the organizational chart: Vigo (1917) and Canarias (Las Palmas, 1927).

In that foundation decree its functions were clearly defined: "it will have for its object the study of the physical, chemical and biological conditions of the seas that bathe our territory with their applications to the problems of fishing", with which the character of public service of the organism as one of its pillars.

A century of research

The Institute belongs since 2012 to the Ministry of Economy and Competitiveness, although throughout its century of existence, it has depended on very different ministries, following the intermittent administrative changes of the national policy in matters of fisheries management and scientific research.

In 1929, within the structure of the Ministry of Development, the Regulation of the Organism was approved, which specified some of the functions of the IEO. In its article 2 it indicated that "it will have as its main purpose the study of the physical, chemical, dynamic and biological conditions of the waters of the sea, informing about these problems to the State Organisms and making especially those works, investigations and experiences that for commissioned by the Ministry of Development or on the initiative of the director of the Institute, tend to the best exploitation of the wealth of the sea."

The civil war of 1936-1939 supposed an interruption of the scientific work of the IEO, as it happened with 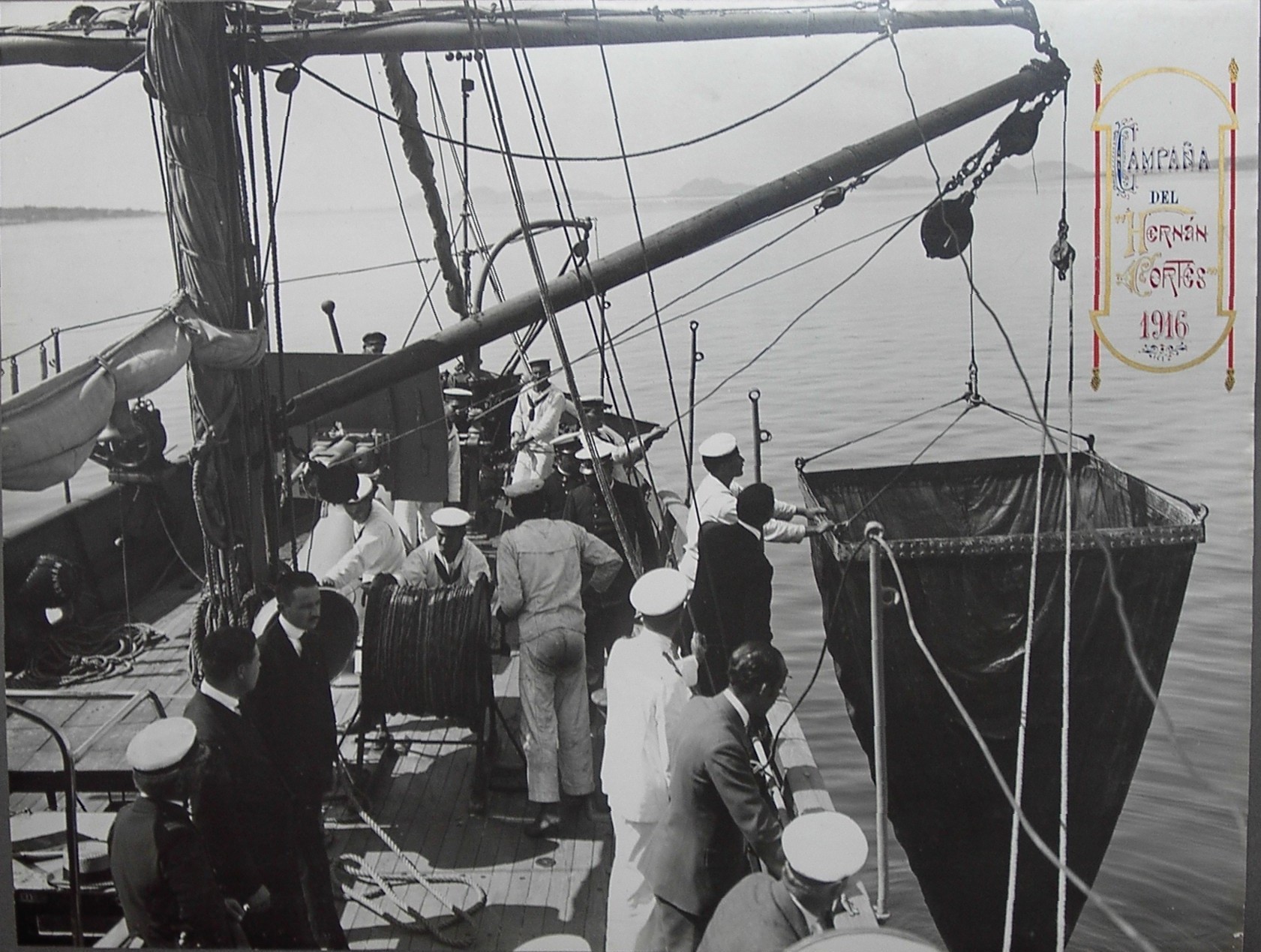 the great majority of Spanish institutions. Once the war was over, during the 40s and 50s, the Institute developed, with the few means at its disposal, a commendable investigation that gave rise to numerous publications. In addition, the active presence of Spain in the international oceanographic research and coordination bodies, such as the International Council for the Exploration of the Sea, the International Commission for the Scientific Exploration of the Mediterranean, the Intergovernmental Oceanographic Commission and the General Fisheries Council, was maintained. of the Mediterranean.

The III Development Plan, carried out at the end of the 60s and the beginning of the 70s, provided the IEO with a considerable budget increase, which translated into an improvement and expansion of equipment and facilities, which at that time were limited , outdated and, in some cases, deficient. It also meant an increase in its staff.

In 1980, the Institute became dependent on the Ministry of Agriculture, Fisheries and Food, as an advisor to the fisheries administration. This change originated a reorientation in its objectives and its accommodation to the new demands is its new role of direct advisor.

An important milestone in the history of the IEO occurred in 1986, when the Institute was integrated into the group of Public Research Organizations (OPI). Among the functions that should be performed by this type of organization are the management and execution of the National and Sectoral Programs assigned in the National Plan, as well as contributing to the definition of objectives of the National Plan, collaborating in evaluation and monitoring tasks, and advising in matters of scientific research and technical innovation to the State Administration.

In order to fulfill its new tasks, that same year there was an expansion of the workforce and a marine research framework program was drawn up, in which the general objectives of the Institute were determined, based on three important pillars: study of fisheries resources, development of aquaculture and study of the oceanographic conditions of the marine environment.

In 1997, the old 1929 Regulations were modernized and the nature and legal regime, functions, governing bodies and basic organizational structure of the IEO were redefined. Three years later, in the year 2000, the IEO began its millennium, becoming dependent on the Ministry of Science and Technology. The Statute of the Institute was approved in the same year, which is still in force today.

In April 2004, the IEO is attached to the Secretary of State for Universities and Research of the Ministry of Education and Science. Finally, in 2008 it becomes dependent on the Ministry of Science and Innovation.